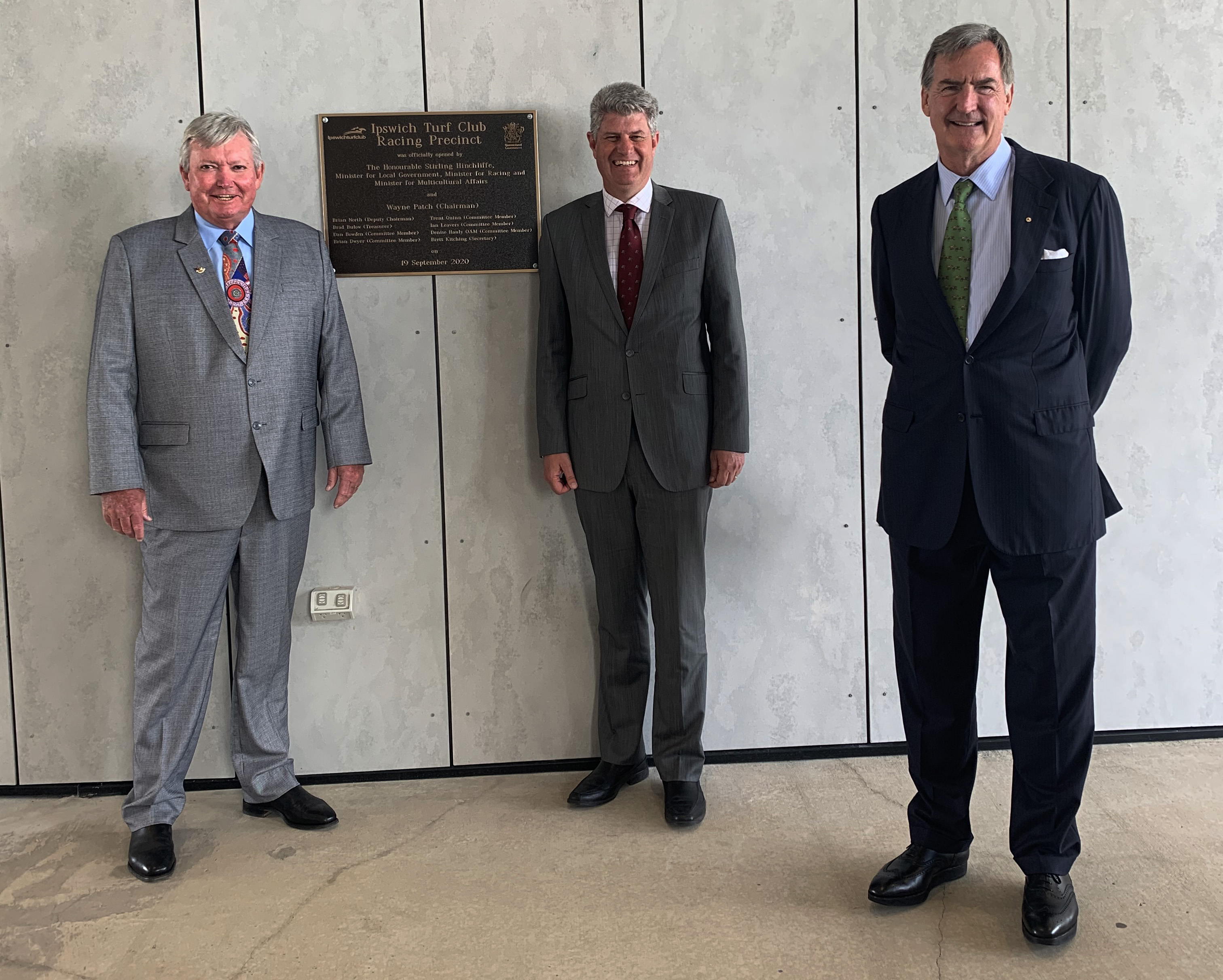 Off and Racing at ITC

With $24.8 million funded out of the Racing Infrastructure Fund, Mr Hinchliffe was on-course for the official opening, inspecting the world-class facilities delivered at Bundamba.

Earlier this year, the Ipswich Events and Entertainment Centre was formally opened, providing one of the region’s premier hospitality venues, along with improved amenities for jockeys, stewards and the media via the new double storey facility.

In addition, state-of-the-art drainage and irrigation systems were installed at ITC, including the installation of pH sensors and acid injection machines to help with the salinity of the on-course irrigation water, to drastically improve the racing surface.

Mr Hinchliffe said that throughout the redevelopment, more than 60 construction-related jobs were created, with more to be supported through racing and social activities.

“The Palaszczuk Government has made an unprecedented investment into the redevelopment of the Ipswich Turf Club via the Racing Infrastructure Fund,” he said.

“The end result has delivered a world-class racing and entertainment precinct, which will not only service the Queensland racing industry, but the broader Ipswich community.

“Because of Queensland’s strong health response to the pandemic, we’re more open than other states. And this means the Ipswich community can get out and start enjoying these facilities right away.”

“It will serve also serve as an important community asset, from hosting local performances to attracting big-name shows,” he said.

Racing Queensland CEO Brendan Parnell said the new and improved amenities at Bundamba would be warmly received by participants and punters.

“The Ipswich Turf Club is a critical component of the state’s racing infrastructure,” Mr Parnell said.

“On an annual basis, the Ipswich Cup is one of Queensland’s most popular race days and a vibrant hub for the community.

“With patrons returning on-course in a staged capacity, we look forward to seeing more enjoying this world-class facility.”